The Artist formerly known as Space Hippie loves you.
Standard

Jeffery Epstein was found dead by apparent “suicide” last August 10th, 2019 in Metropolitan Correctional Center jail in NYC. The guards on duty were supposedly distracted and the video outside his cell wasn’t working. Even if you buy that bullshit, how come his co-conspirators notably Ghislaine Maxwell wasn’t brought it for questioning?

The Rupert Murdoch owned, NY Post ran a story that Ghislaine had been spotted at an In and Out Burger in L.A. Accompanying the article was a photo of her at an outside table reading a book. The Post was also the first newspaper to publish a photo of Epstein dead on a gurney.

Both photos have since been called into question. Some have remarked on the difference of appearance of Epstein to the body in the photo. The In and Out Burger pic taken by Maxwell’s lawyer Leah Saffian was certainly staged.

When photos of Ghislaine Maxwell reading a book and having lunch at an In-N-Out in the Valley were published by the New York Post in August, they immediately spread across the internet, as Maxwell hadn’t been seen in public since the death of her former boss and boyfriend, convicted pedophile rapist Jeffrey Epstein. The photos were soon revealed to be hoax, and attention shifted to Maxwell’s lawyer, Leah Saffian, who the Daily Mail accused of staging the images. But who is Saffian?Public information on the Encino-based attorney is scant, to say the least. And while Saffian was gracious enough to return our call, her answers offered only a shadowy glimpse into her world. Right off, she let us know, in a pleasant tone, that, “I don’t give interviews.” We asked who some of her clients are. “I don’t discuss my clients,” she said. – L.A. Mag.com

And that book she was reading alleged by the Post to be “The Book of Honor: The Secret Lives and Deaths of CIA .Operatives,” was that some sort of message? 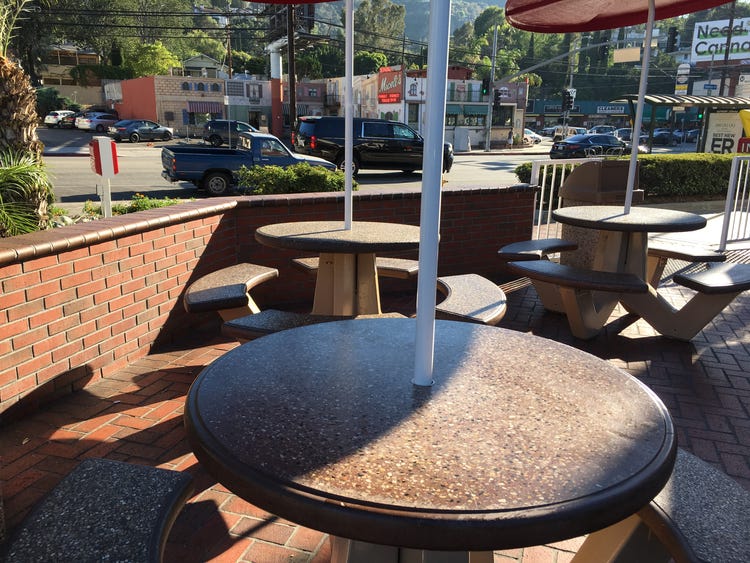 “I can’t stand it, I know you planned it,
I’mma set it straight, this Watergate
I can’t stand rockin’ when I’m in here,
‘Cause your crystal ball ain’t so crystal clear…
So while you sit back and wonder why,
I got this fuckin’ thorn in my side,
Oh my god, it’s a mirage,
I’m tellin’ y’all, it’s sabotage…

‘Cause what you see, you might not get,
And we can bet, so don’t you get souped yet,
Scheming on a thing, that’s a mirage,
I’m trying to tell you now, it’s sabotage…

Why our backs are now against the wall,

The Deveni Papyrus is thought to be the oldest book in Western Civilization. It was discovered in a tomb in Derveni, Greece in 1962 and not published til 44 years later. It is to dated 340-320 BCE. It comments upon a poem attributed to Orpheus the musician, poet and prophet in Greek mythology. The anonymous author also talks and about the daimons and Erinyes, who serve as instruments of divine law against unjust men. In pre-Socratic Greece, music was was a form of magic used to control the external world. Later it was codified by Pythagoras and others as scales and intervals that could be mapped and explained by mathematics. Their scientific rationalism dominates western thought to this day but to the Ancients, music connected men to the unseen forces that control the world. Music was thought to be able to control the weather, heal the sick, even raise the dead.

The Derveni Papyrus is of immense importance not only for the study of Greek religion and philosophy, which is the basis for the western philosophical thought, but also because it serves as a proof of the importance of the Orphic poems and offers a distinctive views of the beliefs of pre-Socratic philosophers. The text of the Papyrus, has a global significance, in that reflects universal human values: the need to explain the world and the desire to control the unseen forces of that rule it.

Super Bowl LIV is being held in Miami for the 11th time this Sunday. I saw an ad that they needed people so I applied. When you work for the NFL you have to go through a stringent background check so I was surprised when they gave me a call back. I wasn’t sure what I would be doing but when I went in they asked me, “what position would I want, tight end or wide receiver?” I was like is this a trick question or what? That’s when they tightened the screws.

“So you’re the guy putting up those videos on You Tube that explain the Illuminati symbolism in the half time shows, huh?” What? I mean I watched a few of them but I didn’t post them. “Yeah but you gave you them a like didn’t you?” Then they showed me a records of every view, every like, everything.

I was freaking out but then they started laughing. Wait wtf is going on? They told me calm down Space Hippie and when they stop laughing they got all serious and said… “so what do you think we should do this year?”

um… well I have some ideas…

ah yes, the old “Twinkie Defense” I know it well…the term “Twinkie Defense” was first coined in the trial of off duty policeman Dan White for the murders of San Francisco city Supervisor Harvey Milk and Mayor George Moscone.

His lawyer argued that it was the defendant’s consumption of Twinkies® and other sugary foods that led to the depression that led to him shooting two men in cold blood, in public, in broad daylight without any provocation whatsoever…Twinkies®

White who had up til recently been a city district supervisor, had previously been a fitness fanatic and health food advocate, but had begun consuming junk food and sugar-laden soft drinks like Coca-Cola. At the trial, psychiatrist Martin Blinder testified that a high sugar diet could worsen existing mood swings. Another psychiatrist, testified that White had “exploded” and was “sort of on automatic pilot” at the time of the killings. Because of the testimony from Blinder and other psychiatrists – the defense successfully convinced the jury that White’s capacity for rational thought had been diminished; the jurors found White incapable of the premeditation required for a murder conviction, and instead convicted him of voluntary manslaughter. Public protests over the verdict led to the White Night Riots. (later depicted on the cover of the of the Dead Kennedys debut album Fresh Fruit for Rotting Vegetables, which shows several police cars on fire taken that night.)

He was elected to the San Francisco Board of Supervisors,the gayest town in America. The citizens that burned police cars in the street were GAY PEOPLE! Excuse me I mean members of the LGBT or LGBTQ community which includes all spectrums of sexuality and gender. Anyway they were really pissed off! and they hadn’t been eating Twinkies® but were tired of constant discrimination and harrassment by the police. Finally they had elected one of their own that who could voice their concerns and they watched him tragically gunned down in the street! Now if you think this is just about Gay People you are SADLY MISTAKEN! While legislation has been enacted in this country ( editors note: the United States of America was still a sovereign nation at the time of this writing for more info see History of the United States) has been enacted to protect people from discrimination on the grounds of race, gender, and sexual preference, there still is no elected officials that truly represent the will of the people.

…on “safari” in the bush, meanwhile back in the U.S.A. things have gotten out of hand. Uncle Sam says I want you to….

they’re laughing all way to the bank while lowering standards of living, standards of conduct, lowering the bar lower than ever before, causing unnecessary division, wars, strife, premature extinction of life, removing the protections that were in place for the poor and defenseless, for the environment with devastating effects worldwide…

America the Beautiful, what has become of you? How about MAGA for real. Love is real, not fade away. Not mentioning specifics but the war for your mind has been on for sometime now. Put down the remote  ( and the kool aide ) and walk away from the set. Turn it off before it’s too late.

Facebook will no longer allow me to post links to my blog on their site, because they say it “violates community standards”!? So overnight 100’s of posts going back 10 years ( or more ) have literally just disappeared! George Orwell had a term for that. He called them the “unperson”—a person whose past existence is expunged from the public record and memory.

In fact today “Orwellian” is an adjective.”Orwellian” is an adjective describing a situation, idea, or societal condition identified as being destructive to the welfare of a free and open society. It denotes an attitude and a brutal policy of draconian control by propaganda, surveillance, misinformation, denial of truth (doublethink), and manipulation of the past, including the “unperson”—a person whose past existence is expunged from the public record and memory, practised by modern repressive governments” and might I add the Transnational Corporations that OWN them. We live in strange times…

btw while that really SUCKS most of the people that read my blog are not my FB friends!

spacehippieworldwideministries
Create a free website or blog at WordPress.com.